Grand Blanc, Michigan’s Luke Tillman, age 5, became an internet sensation after a video of him baptizing his toys in the bathtub was posted online. Next, he was requested to make an appearance on the Jennifer Hudson show, where he preached with great fervor and shown an intense devotion to Christ.

Luke, the son of a minister, began preaching at age 2 and was baptized at age 4. He is very young, yet the youngster is full of life and ambition as he talks of wanting to follow in his father’s footsteps as a pastor.

“I have been watching him. I am serious. I want to be just like him when I grow up”, Luke declared.

The grateful dad couldn’t be happier to hear his son state that he was his motivation, and he considers it a great blessing that his kid wants to follow in his footsteps. He went on to say that his son, at the age of five, had already preached to more people in a week than he had in 20 years.

The aspiring minister also presided over a worship service, in which Jennifer and his parents led the congregation in singing the song from the internet sensation.

“You have lifted us all up, you have an amazing calling all your life, okay! So you keep doing what you’re doing okay and walking to God’s will”, Jennifer encouraged Luke and he responded, “I’d never forget it. It is about God.”

A surprise gift basket of ‘Paw Patrol’ toys was also handed to him, and he plans to baptize them all.

The young preacher’s favorite Bible verse is John 3:16, and he used it to inspire the congregation with a furious delivery. God clearly had His hand over him, and we hope that he will be a valuable asset to the Lord. 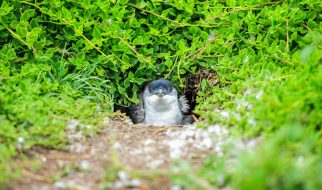