The legendary actor best known for such iconic movies as Coming Home (1978), Midnight Cowboy (1969), and Runaway Train (1985), described how fame and fortune in Hollywood almost destroyed his life.

The 82-year old actor revealed how the lure of stardom along with his constant infidelity ended his marriage and damaged his relationship with his estranged children (actors Angelina Jolie and James Haven).

Voight, a staunch conservative and political activist, steered clear of current events opting instead to talk about his faith and especially his connection with God. He described how God had transformed his life, along with mending his relationship with both his daughter and son.

The native New Yorker recalls how his life was spiraling out of control and how his personal relationships were falling apart at every level. “I was in a lot of trouble at one point. I had some problems, and I was really suffering for many reasons,” he said.

“My career was in flux at that time, and lots of things were going on at the time. My relationship to my kids and my wife.” Voight says he hit the floor and exclaimed, “It’s so difficult.” That at that moment God spoke to Him.

Voight acknowledged to Carlson that he always prayed, “With the idea that anybody’s listening.” However, at that very moment he was desperate to hear from God.

And that’s when God spoke to Voight, “I heard in my ear, ‘It’s supposed to be difficult’… A voice of wisdom, kindness, clarity, it had so much resonance, this voice,” he recalled.

At that very moment the acclaimed actor realized immediately that the voice whispering in his ear was indeed the voice of God. The Lord was reassuring him that he was real and watching over him and knew every detail of what he was going through.

That realization immediately transformed Voight’s life forever. However, he still needed reassurance that God was watching over him and decided to test God for the next couple of days asking for a sign. God delivered.

“So that’s the moment you realized that God is real, knows you and is on your side. What were the implications of that?” Carlson asked.

“I had to straighten out,” Voight replied. “If I’m going to be a vessel for God, I better be cleaner than I was. I’ve got to be a righteous fellow.”

The renowned actor acknowledged that he always had good role models growing up. His parents were practicing Catholics but like many young actors who venture into the lure of Hollywood temptation became a constant companion. For Voight, the journey back has made him a much better person.

Voight ended the interview with Carlson with a profound message to others, who may be in need of salvation.

“I have fear of the Lord. … I got it. … I am afraid of offending God. Because God is everything; God is love, God is all these beautiful things, beauty, everything. And how can I live up to that? I need a lot of help. I think that is the fear of the Lord. It keeps you on track,” he added, explaining that he’s not afraid of being attacked, but fears doing the wrong thing or making a terrible mistake. 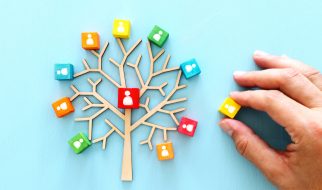 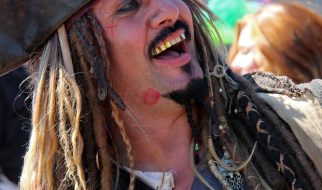 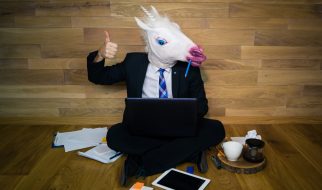 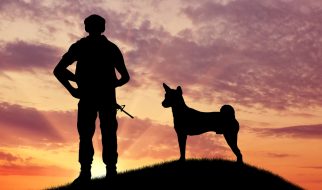