A disability can literally be in the “eye of the beholder”. Take Anthony Ferraro for example, who has been virtually blind nearly all of his life, yet hasn’t let that stop him from achieving his desired goals.

Visually impaired since kindergarten, Ferraro learned how to adapt to his disability by mastering and using other heightened skills. By learning how to utilize these tools, not only was he able to begin wrestling, but went straight to the varsity team at his elementary school. After graduation, Ferraro attended St. John Vainney High School in Holmdel, New Jersey, where he continued excelling at the sport. After 4-years, he went on to wrestle for the College of New Jersey.

In 2017, Ferraro switched from wrestling to judo with the hope of fulfilling another lifelong dream of representing the United States at the 2020 Tokyo Paralympic Games. Unfortunately, due to the deadly pandemic, the games were postponed.

Ferraro’s training regiment consists of at least 5-workout sessions a week at the Shore Thing in Lakewood, New Jersey, and at Oishi Judo and The New York Athletic Club in New York City. The New Jersey native is currently ranked number 1-73kg Paralympic Judo athlete in the United States.

He’s also an accomplished guitar player and motivational speaker. Once again using his heightened skills to support himself and his new bride, he plays music at various music venues and dinner clubs, and at speaking engagements throughout the country.

Anthony Ferraro, paraolympian champion who is blind, began wrestling as a kid against sighted competitors. At first he lost, but then he changed his goal from winning to just making progress like earning a point. THEN he started winning 🙂 Blown away. #braveleaders pic.twitter.com/6VoIPwvi0t

Ferraro’s inspirational life story also became the subject for film maker Christopher Suchorsky’s 2012 documentary titled “A Shot in the Dark,” chronicling the young athletes wrestling journey. The film was released on Christmas Day in 2018, and is now available for rent or purchase on Amazon Prime.

In 2017, Anthony met his future wife, Kelly Anne, through a mutual friend at the Jersey shore. Kelly knew Anthony was blind, but soon learned there was much more to him.

“Anthony didn’t have a cane or anything, and no one was guiding him around,” Kelly told CBS News, adding that Anthony said he can see some light outside, but nothing indoors. “So I was like, ‘why isn’t anyone helping you?'”

“Kelly grabbed on to me and was helping me the rest of the day,” Anthony told CBS News. “I was like, ‘This girl’s amazing.” The couples first official date came about a month after they first met, when Anthony invited his future bride-to-be to the premiere of his documentary.

“I remember my sister making fun of me because I was like, ‘I’m going to wear a velvet dress so he can feel it.’ And she was like, ‘That is so corny, he’s not going to feel your dress just because he’s blind,'” Kelly said. “And I was like, ‘No, he might! You don’t know.’ And it ended up being something that was so important to him.”

After that first date, the pair became a couple. Anthony travels a lot for his judo tournaments, and Kelly began going with him.

“My whole life changed when I met Kelly. I remember just not being able to see anything when I traveled, you know,” he said. “She would describe these landscapes to me, visually, where it would paint these pictures in my head. And she literally became my eyes for the world.”

On their wedding day, Kelly once again wore a textured wedding dress so that Anthony could feel the fabric between his fingers and imagine how beautiful his bride looked on their special day.

This is Kelly Anne Ferraro.

Because Anthony couldn't see her wedding dress, she arranged for a custom gown made with different fabrics and textures so he could feel and understand what she was wearing. 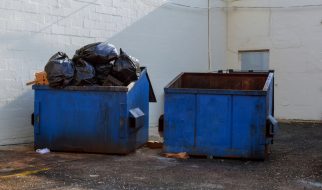 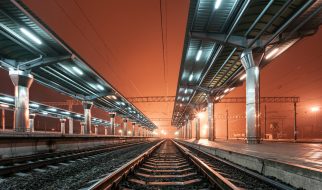 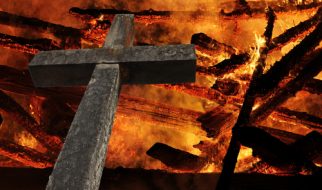 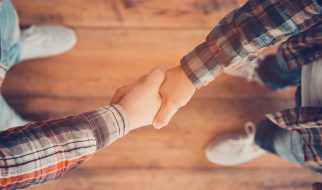