Who needs a literary publicist? Not 8-year-old Dillon Helbig from Boise, Idaho, who has just captured the attention of nearly all the major news outlets across the nation with his unique promotional skills of sneaking his self-made comic book, titled “The Adventures of Dillon Helbig’s Crismis” by “Dillon His Self”, onto a library shelf at the Lake Hazel Ada Community Library.

The young, marketing-savvy, enterprising lad figured out the best way to have his comic book story read would be to simply place it within a section of the library that displayed similar books.

Dillon was exposed to libraries at a very young age and had the dream of showcasing his written work since he was 5-years-old. After he finished writing his 81 page story, complete with his own illustrations, Dillon simply decided to follow in his father’s footsteps, doing the exact same thing his dad did when he was a youth. Young Alex Helbig (Dillon’s dad) was a budding musician who also wanted his music heard. He created over 100 copies of his album and stashed them in a number of music stores around his hometown. “My dad did this when he was a kid and kept doing it,” Dillon told GMA.

When Dillon’s mom, Susan, discovered what Dillon had done, she called the library to make sure no one threw the book away. Library branch manager Alex Hartman, upon hearing Dillon’s innovative method in getting his story read, was so impressed by Dillon’s imaginative scheme, he decided to read the brightly illustrated comic book himself.

Hartman acknowledged that there are quite a few spelling and grammar errors in the book, as one would expect from an 8-year-old. “I would say those would be numerous,” he said.

For example, in “Chaptr 1”, Dillon writes, “ONe Day in wintr it wus Crismis!”

However, for a gifted and creative writer, it’s the ability to weave a compelling tale that’s important and not the misspellings or grammatical errors which can be easily cleaned up by an editor.

Dillon’s captivating tale, as the protagonist and the author, goes on a time-traveling adventure after the star on the Christmas tree explodes.

“Santa comes,” he said, explaining the next part of the plot. After that, Dillon comes across five trees, and one of them “was like a tree portal.”

The portal takes him back in time to the first Thanksgiving in 1621, a date that he had to confirm with his mother.

With the Helbigs’ permission, Hartman has catalogued Dillon’s book as a “graphic novel”, requiring a bar code. The comic has a long waiting list of potential reader’s eager to read the young authors tale.

So far, Dillon’s captivating scheme in hiding his self-made comic book among other published books has caught the imagination of the mainstream media, including ABC News, Good Morning America, the Washington Post, and the New York Times, to name a few.

“I wanted to put my book in the library ever since I was 5, and I always had a love for books and libraries,” he told Good Morning America. “I’ve been going to libraries a lot since I was a baby.”

According to Hartman, there’s a possibility that Dillon’s book could be made into an e-book. Meanwhile, the young author is hard at work writing a sequel to his now famous comic book. Don’t be surprised if Dillon someday becomes the next Steven Spielberg.

The 81-page comic, which covers time travel amongst other topics was slapped with a bar-code and added to the library’s inventory – and there’s now a waiting list to borrow it. What fantastic initiative from what must be one of America’s youngest authors.https://t.co/JwLyQVwhIC

Are you an author who wants to get noticed? Take a page out of 8 year old Dillon's playbook. 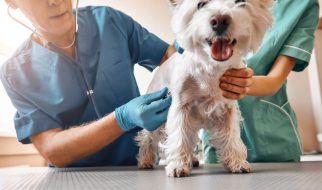 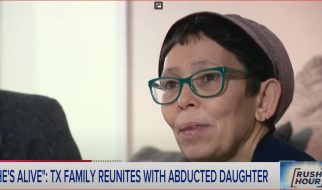 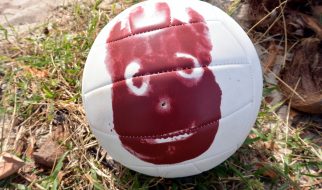