You don’t need a cape and superpowers to be a hero, and this story proves it! A passerby put his well-being on the line to assist with saving a Wyoming family after their Jamestown home was lit aflame early Tuesday morning.

The family consisted of four young kids, ages 4, 6, 8, and 12 along with their mother who is 34 years of age. They were all sound asleep in their Jamestown house when a fire somehow began in the home.

Ryan Pasborg was running behind schedule to arrive at work Tuesday early morning as he commuted from his home in Green River towards town. As he got closer, he began to smell smoke and started seeing the flares coming from the Jamestown house, in a room window.

It was at that moment that he began to get concerned. He looked around the house and down the street and didn’t see any sign of firefighters or authorities. That’s when the 32-year-old decided to take things into his own hands and sprang into action. He quickly pulled into the carport where he found two boys and a young girl evacuating the house with great urgency. The three youngsters let the passerby know that their 4-year-old sibling and mom were still inside.

Pasborg didn’t need to hear any other details, he rushed in through the carport to rescue the mother and child. He made his way through the kitchen but was unable to see anything due to the thick screen of smoke. However, this didn’t stop him, he carefully crept on all fours on the floor looking around in through the kitchen before finding the child. He promptly snatched the kid and as safely as he could he got the kid out of there and put the child with the other children.

While the house was burning hot, the air outside was frigid cold. The wind chill had the children shaking, so Pasborg immediately put them all inside his truck to keep them warm before entering the house a second time. This time he knew he needed to act quicker than before as the flames had only grown more violent and taller.

With only a few minutes of frantically searching, Pasborg finally found the mother lying on the floor. She was battling just to breathe at this point and was lethargic. He picked her up and began hauling her outside when he noticed she was no longer breathing. Once she was out of the house and safe, he began performing CPR on her and refused to give up. That’s when she unexpectedly took a deep wheeze of air.

Once everyone was safe, he promptly drove the family further away from the now seething fire and waited on firefighters and authorities to show up.

Sheriff Deputy Jason Mower said that he was unable to even try to describe just how brave this local hero is. The mental fortitude and magnanimity that was shown by Pasborg, who selflessly saved this family as if they were his own family.

“Not only is it a blessing in its own right that Mr. Pasborg was in the right place at the right time, but his willingness without a second thought to risk his own life to help save this family was the difference between life and death for this young mother and her child; he gave them a fighting chance,” another sheriff, John Grossnickle said in a statement.

Though the story may be done, the selflessness didn’t end there. Later, Pasborg purchased new clothes totaling several hundred dollars along with necessities and even delivered it all to the family who is currently at their grandmother’s house. 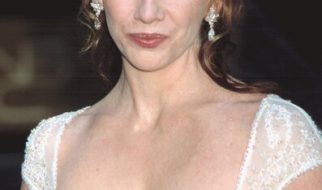