It’s not very often we read about canonizing a youngster of just 15-years. Yet Carlo Acutis, an Italian schoolboy, is headed for sainthood, becoming the first millennial Catholic saint.

Acutis, who suffered from leukemia died in 2006. However, before his passing the young computer programmer used his incredible skills and knowledge of social media to help spread the word of God around the world. Similar to that of Christian missionaries traveling to the far corners of the globe spreading the Gospel to those most in need.

Pope Francis was set to beatify Acutis last year. However, COVID delayed the beatification until October 12th of this year in Assisi Italy.

Francis paid tribute to Carlo last year after citing his use of the internet to “communicate values and beauty” as the perfect antidote to the dangers of social media. In a document he wrote after a synod on youth, Francis quoted a phrase coined by the teen warning other youngsters not to lose their individuality on the internet: “Everyone is born an original, but many die like photocopies.”

For those not familiar with the Roman Catholic ritual, beatification is the first step towards canonization. However, there are certain precepts that must be included before the Catholic Church elevates an individual to sainthood.

Cardinal Angelo Becciu, head of the Congregation for the Causes of Saints, told the Los Angeles Times, regarding Carlo’s prospects of becoming a saint, “That’s my hope, he would be an ideal example for all young people.”

The young lad suffering from leukemia became deeply religious during his childhood in Milan. He attended Mass every day and was credited with performing a miracle, which is one of the benchmarks needed to be elevated into sainthood.

In 2013 Acutis miraculously healed a young Brazilian child suffering from an extremely rare congenital anatomic anomaly of the pancreas.

“He begged me to find him books on programming, so I bought him textbooks from the Polytechnique University of Milan on C++. He learned how to code in several languages. He taught himself everything, including 3-D animation,” she told the National Catholic Register. “It was unbelievable.”

Adding, “Carlo understood that the internet can be used as an atomic bomb for good, but it can also be used for bad, to diminish the human person.”

Once Carlo became proficient with computer programming he realized that he could spread the word of God across the globe. He reasoned that by developing a website he could reach millions of people in need of salvation.

Born in 1991 in London, Carlo moved to Milan, Italy shortly thereafter. His parents were relatively well-to-do and Carlo enjoyed what most kids within his social standing enjoyed at his age; friends, pets skiing, basketball, canoeing, walking his dogs, and of course computers.

However, Carlo was different than most youngsters his age; his unbound love for God isn’t shared by many in his generation.

Ironically, his parents were not practicing Catholics. In fact, his mother readily admits she hardly attended church, perhaps attending Mass a total of 3-times before Carlo was born.

His nanny was apparently responsible for young Carlo being introduced to Jesus, this set into motion Carlo questioning his parents about God, which they could not answer.

“He pushed me to do research and to read. I began to take theology courses and reflect on life. I discovered the beauty of my faith. We are all on a journey in the spiritual life, but because of Carlo, I was inspired to start that journey,” said his mother. “Carlo saved me.”

Just before Carlo passed he left a final message for all of us to absorb; “I am happy to die because I have lived my life without wasting a minute on those things that do not please God.” —Carlo Acutis

“I am happy to die because I have lived my life without wasting a minute on those things which do not please God.” – Blessed Carlo Acutis 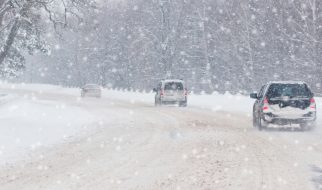 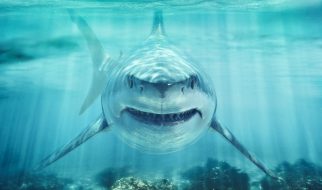 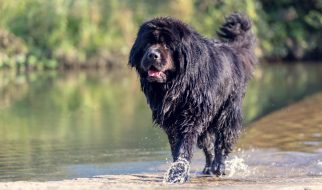