Today marks the 23rd anniversary of the dreadful day two student shooters stormed into their high school on a murderous rampage, massacring 12 fellow students and a teacher before taking their own lives.

The shooting sent shockwaves all over the world, as horrified parents and members of the public watched live footage as events unfolded in Columbine High, although the true extent of the terror wasn’t revealed until later on, and the debate about how we deal with school violence goes on to this day.

On April 20 1999, news outlets waiting outside the school interviewed students who had witnessed their classmates gunned down in cold blood.

One tearful, distraught student explained how she and other kids cowered under desks in the school library as the two shooters picked people off at random:

“Everyone around me got shot and I begged him for 10 minutes not to shoot me,” said the unnamed student.

“And he just put the gun in my face and started laughing and saying it was all because people were mean to him last year.”

The shooters, Dylan Klebold, 17 and Eric Harris, 18, both suffered from severe mental health issues and had illegally amassed an array of weaponry including a semi-automatic TEC-9 and a sawed-off shotgun.

Naturally, the teenager’s ability to accrue such weapons sparked mass outrage and protests among anti-gun campaigners.

But is tighter gun control really the best way to deal with high school violence?

The tragedy gave way to some inspiring stories of faith and bravery, including the remarkable journey of the Scott family.

According to Rachel’s father Darryl Scott, Rachel was shot twice in the back by Klebold from a distance, who shared a class with his daughter. The crazed killer then picked the girl up by her hair and asked her if she still believed in God.

Daryl said Rachel replied “You know I do”. Klebold said, “Then go be with him,” before shooting Rachel, 17, in the head at point-blank range.

Rachel’s younger brother Craig remarkably escaped the heat of the massacre in the school library, helping other injured classmates to safety.

A devoted Christian and hailed as a teen martyr by many in the Church, Rachel’s inspiring message of friendship, understanding and kindness is now spread to students all around the world by the Scott family in a scheme they call ‘Rachel’s Challenge’.

friends gather around rachel scott’s car, placing flowers on it in her memory. (columbine shooting) pic.twitter.com/VKebs36dpB

In her journal, which Daryl only began to read after his daughter’s death, Rachel continually made profound and inspiring statements:

“I have this theory that if one person can go out of their way to show compassion, then it will start a chain reaction of the same. People will never know how far a little kindness can go,” wrote the teenager.

“Don’t let your character change color with your environment. Find out who you are and let it stay its true color”.

Rachel, again, unbeknownst to her family until after her death, drew an outline of her hand behind a dresser in her bedroom and wrote around it: “These hands belong to Rachel Joy Scott and someday they’ll touch millions of people’s hearts”.

On the day of the shooting, Rachel drew a picture in her journal of a pair of eyes crying tears onto a flower. Remarkably, she drew 13 black tear-drops hanging from the flower. Later that day, the shooters would kill 13 victims. Rachel would be the first to die.

Daryl says Rachel’s Challenge, which is now a mandatory course in many schools, encourages students to intervene if a classmate is being bullied and to always look for the best in others to create a safer, happier school.

According to Rachel’s Challenge organizers, the message is so simple and yet has moved students enough to prevent over 100 suicides a year and at least 8 school shootings in its 23-year existence: “We don’t treat the symptoms; we cure the disease”, says its official website.

“It’s about students’ hearts and getting them to that place where they are connected,” said regional partnership manager Nate Rees.

“A direct result of that is less violence in schools.” 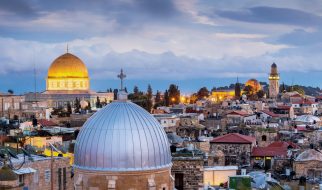 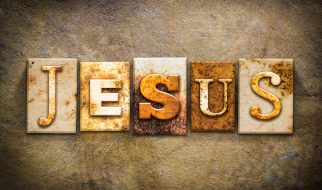