September 10, 2022 anthony Faith
Note: This article may contain commentary or the author's opinion.

A man from Brazil is said to have survived 11 days adrift in the Atlantic Ocean by finding shelter inside a freezer after his boat sunk. The guy’s ordeal occurred last month.

Romualdo Macedo Rodrigues, the individual in question, is a fisherman. In the beginning of August, he set out on a fishing excursion that was scheduled to continue for three days. However, cracks in his boat began filling with water, which ultimately led to the vessel sinking off the coast of northern Brazil. He was able to leap inside the floating cooler in order to save his life, and eleven days later, a party of fishermen discovered him eleven days later off the coast of Suriname.

Because he did not have the appropriate documents, he was arrested by the authorities for a few days after receiving medical treatment at a hospital in Suriname, as reported by Record TV. Now he is back in his home country of Brazil.

Romualdo Macedo Rodrigues, 44, told Record TV that he had no food or water with him, and sharks circled the cooler. “I was born again. I thought I wouldn't be telling this story, but I’m back here,” he said. https://t.co/Y29Zc6I6Oz

According to CNN, Rodrigues prayed to God for help:

“I was desperate. I thought my end was coming. But thanks God, God gave me one more chance,” Rodrigues told Record TV. “I saw it (freezer) wasn’t sinking. I jumped (inside it), it fell to one side and kept normal.”.

“Sharks were surrounding the freezer, but they went away. I thought (I would be attacked). I stayed on the top (of the freezer), I didn’t sleep, I didn’t sleep. I saw the dawn, the dusk, asking God to send someone to rescue me.” Eventually water started to creep inside the freezer, and he says he used his hand to scoop it out. He didn’t have food or water. “I was thinking about my kids, my wife. Every day I was thinking about my mother, my father, all my family. It gave me strength and hope … but at the moment I thought there was no other way,” he told Record TV.

Jonah had a whale and Rodrigues had a cooler! God does work in mysterious ways and is the same yesterday today and forever. It’s amazing how when people are facing death, they always know who to turn to whether they are believers or not. Jeremiah 33:3 says “Call unto Me and I will answer you and show you great and mighty things you do not know”. That’s a promise!

A Brazilian fisherman is thanking a floating freezer for saving his life after his boat sank off the coast of Brazil. He spent 11 days alone at sea floating inside a cooler before being rescued. https://t.co/rCd85mkVDY pic.twitter.com/1piD2Bnx03

If you call on Jesus’ name, you will be answered! Isn’t that wonderful? In modern society at most businesses, we have to talk to AI bots and only after 10 minutes of explaining our situation then we finally get to talk to a customer service representative but with God, he answers immediately! In any situation, you can call on the name of the Lord and you will be saved. Try it! 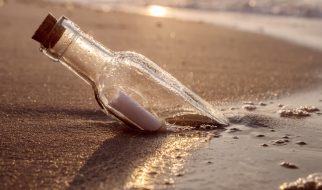 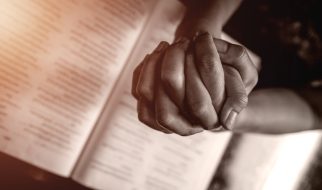 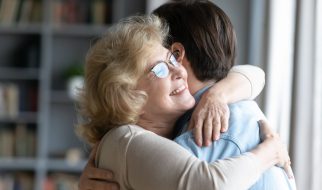