August 3, 2022 Omar Faith
Note: This article may contain commentary or the author's opinion.

On July 29, following days of flooding and Eastern Kentucky communities being immersed in water, faith-based organizations and other individuals stepped in to meet the disaster head-on and did what they could to help everyone out.

The East Kentucky Dream Center and Pikeville promptly got on the move back on July 28, as Director Rachel Campbell Dotson said she saw on the news that there was going to be a rapidly developing need from the community after it was expected to be pulverized by floods. It was then that the teams banned together and started trying to get ahead of the flood and prepare to help those impacted.

From that point on it was concluded that the impacted regions would require hot meals, but that wouldn’t be enough. They would also need someone to deliver the meals to them if possible. Simultaneously, she said they began listening to the victims of the flood and seeing what was collectively needed among most people so that they could help in other ways. However, they are already on track, and ahead because the individuals who were affected by the floods were asking for hot meals.

“He opened their doors and he opened his heart,” Dotson said, adding the association began setting up to supply a hot meal for anyone who needed it that evening. “We had several teachers show up and they volunteered to deliver to areas they were familiar with and areas we couldn’t get to.”

On July 29, after days of flooding inundated Eastern Kentucky communities, numerous individuals and organizations had already begun or were beginning to respond to help meet the needs of affected residents. https://t.co/SITzetTc5f

According to Campbell, the organization served 300 dinners at Valley Elementary and more than 200 at Elkhorn City and would have liked to keep giving feasts as the weekend progressed. Although the focus was on the families impacted by the flood and who needed the meals most, the Dream Center is additionally taking care of first responders such as rescuers, road workers, and those working hard to restore normal services that the populace depends on.

Some people might wonder why faith organizations are always trying to look to come to the rescue. Well, they are simply being the hands and feet of God. The Bible says, “Those who are gracious to the poor lend to the Lord, and the Lord will repay them.” This doesn’t mean that they only do it for the repayment, but because we are to live like the Lord so that He may be glorified.

There’s plenty of work to be done, and these faith-based groups were the first to arrive and help, and thanks to them many people could have been saved, and some even more importantly might find their way to God. 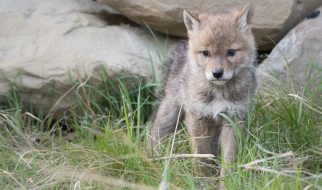