The Holocaust was one of the most horrific events in human history, so it’s no wonder that those whose fate brought them together at Nazi slave labor camps feel a brotherly connection with each other that will last a lifetime – even for those who have never met since.

Sam Ron and Jack Waksal faced the hardships together in a forced labor camp in Pionki, Poland 79 years ago.

Many Jews and prisoners of war were sent to work for the Germans, often having to do grueling or dangerous work on behalf of the Nazis.

Those deemed to be unusual – mainly the sick or elderly and women and children were often sent to extermination camps where they were gassed to death.

Distraught by the camp’s brutality, the backbreaking work and squalid living condition, Waksal managed to escape into the surrounding forest, and fortunately Ron was saved when the camp was liberated by allied forces.

Neither knew if the other had survived until by chance, the two men attended an event at the United States Holocaust Memorial Museum’s South Florida Dinner last Sunday.

Shocked and amazed, Waksal sat in the crowd as his former friend was announced by his real name Shmuel Rakoswi as the gala’s guest speaker.

Instantly remembering his old comrade, Waksal greeted him like a lost brother:

“He jumped off the seat and came running over to my seat and says you’re my brother, I was very emotional, I’m normally not a very emotional guy,” Ron told NBC Miami.

The men were only teenagers when they were first imprisoned in the camp, and with 79 years to catch up, the pair began to exchange their stories.

Waksal explained he had survived for six months in the forest and Ron had survived in the camp until it was liberated by the Americans. In a strange twist of fate, both men ended up emigrating to Ohio, where they lived for 40 years unaware of the other’s close proximity.

They then moved to South Florida.

Happy to have been able to live long, happy lives in the USA with their children, grandchildren and great-children, the men spoke about how lucky they were to survive:

“I’m so glad that I got somebody [who] was in my camp and working with me together”, said Waksal.

“We were pushing coal to the oven to make heat to make power, and Jack said he worked at the same place!” explained Ron to CBS.

“Hard work, bad conditions, cold, hunger, hundreds of people died. It wasn’t uncommon to wake up in the morning and find the person next to you cold.”

Determined to pass some wisdom, knowledge and advice on to the future generations, the men continue to share their inspiring stories of survival across the country.

“I try to teach them not to hate, and to have a lot of hope and believe in yourself, this is what I did, this is how I survived because I believe in myself,” Ron explained.

Now reunited, Ron and Waksal plan to stay in touch, and as they only live about 40 miles apart, the pair will undoubtedly see a lot more of each other from now on! 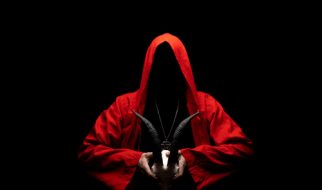 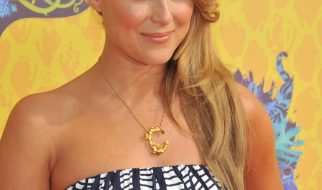