Is the glass half empty or half full? That question is usually reserved for where we are in life. For some, being grateful for what God has given us is more than enough. However, for others God’s generosity is simply never enough.

Olympic Swimmer Michael Phelps was one of those gifted and rare athletes that God had generosity bestowed upon him an amazing and illustrious career that few athletes could ever dream of. The 36-year old athlete nicknamed “The Baltimore Bullet” had already achieved legendary status before he was 25 years old, as the most successful and most decorated Olympian of all time, with a record total of 28 medals, 23 of which are Olympic gold.

WATCH: Michael Phelps swimming in his first (of many) Olympic Finalspic.twitter.com/PZrVIpjRWD

And yet this wasn’t enough for Phelps. Along with his legendary accomplishments as an Olympic swimmer, he had also archived a reputation of being reckless and somewhat of a “bad boy” away from the poolside.

In 2009, the 6-foot, 4-inch, athlete was involved in a serious auto accident, running a red light resulting in a two-car collision. Phelps and the other driver both escaped injury, with no charges filed against Phelps.

The Baltimore native was also suspended for 3-months, after a photo of him appeared in a British tabloid using a marijuana pipe. He was also charged with a DWI in 2004, and running a stop sign in Maryland earning him 18-month’s probation.

Phelps life was spiraling out of control, and there seemed no way out, he was heading like many gifted athletes of his caliber, at a crossroad, having achieved almost everything imaginable within his chosen sport.

He was plagued by substance abuse and depression. And soon the results of a reckless lifestyle, made for shocking headlines across tabloid covers all over the globe.

“I was a train wreck. I was like a time bomb, waiting to go off. I had no self-esteem, no self worth. There were times where I didn’t want to be here. It was not good. I felt lost.”

Soon the self-confidence, a trademark of his character as a gifted athlete began to vanish, giving way to self-doubt and eventual depression.

He began thinking to himself, “This is the end of my life… How many times will I mess up? Maybe the world would be better without me.”

Becoming more and more despondent each day, Phelps stopped eating, and locked himself in his bedroom for days at a time; he rarely slept a full night, and soon began contemplating suicide.

However, God had other plans for this superstar athlete, and suicide wasn’t one of them.

In fact God had already decided to intervene, using Phelps good friend NFL gridiron great Ray Lewis, as a conduit. Lewis was an outspoken Born Again Christian, who immediately stepped in, when he heard that Phelps was in a dark-place and perhaps on the verge of committing suicide.

Lewis arrived at Phelps home, with a simple message that every star athlete can easily relate too; “This is when we fight. This is when real character shows up. Don’t shut down. If you shut down we all lose.”

Those words somehow struck a cord with Phelps; it was just the encouragement he needed to begin his long journey back from Satan’s grip. He vowed to seek professional help and treatment.

However, before he went into Rehab, Lewis gave him a special gift, a copy of Pastor Rick Warren’s book “The Purpose Driven Life.”

Phelps began reading the book, and soon the demons chasing him began to vanish. The transformation from despair to once again reconnecting with his estranged dad, which had become a struggle over the years because of his reckless lifestyle. Within a matter of months God had restored the bond between father and son! 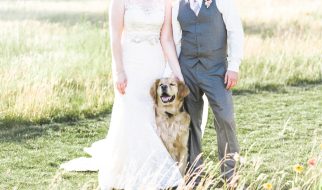