Faith based churches, humanitarian organizations and volunteers are stepping up providing food, shelter and spiritual guidance, for those individuals suffering untold hardships, from the horrible devastation of Hurricane Ida.

Last Sunday Ida claimed another life, one week after the Category 4 storm tore through Louisiana destroying everything within its path.

Hundreds of thousands of people as of Monday still remain without power in southwest Louisiana, according to PowerOutage.us. With only half the customers back on line, leaving almost another 520,000 customers without electricity for up to several weeks and perhaps beyond, according to state officials.

To make matters even more unbearable, the state on Sunday issued a heat advisory, forcing FEMA to relocate thousands of Louisiana residents out of state, into neighboring cities and states with electrical power.

Meanwhile faith based organizations around the country have mobilized thousands of volunteers to Louisiana in support of both the Red Cross and FEMA.

One of the most recognizable is televangelist Joel Osteen’s Lakewood Church in Huston, Texas who is currently providing shelter for 100 individuals displaced by Ida.

That number will surly increase as more individuals make their way to the Lakewood Church. The ministry is hoping to temporarily house upward of 140 people from the storm-stricken areas of New Orleans and surrounding parts of the state.

“When the magnitude of the storm began to increase on Friday, we wanted to give people a place to go who were fleeing from Louisiana and New Orleans. And we allowed people to know that we were available to take refuge and shelter,” executive director of relief efforts for Lakewood Church, Matt Osteen, Joel Osteen’s nephew, told The Christian Post.

Osteen’s house of worship includes a 16,800-seat arena. The building was formerly used as a basketball stadium.

The spacious compound sits on a huge track of property that includes a theater and hundreds of rooms that are converted into living quarters for thousands of people over the years during various natural disasters.

The nondenominational church continues to provide shelter and has served over 500 meals thus far, and has not turned anyone away due to lack of space.

The Lakewood Church will continue taking in displaced storm victims if the need arises.

While The Lakewood Church may be the most notable, other faith based churches are also providing food, shelter and spiritual comfort.

Only days after Hurricane Ida ripped into Louisiana, nearly two dozen volunteers and staff members from the faith based “Convoy of Hope” descended on the storm ravaged state, loaded with 19 tractor-trailers filled with emergency equipment. The natural disaster relief organization provided much needed food, water, hygiene items, chainsaws, cleaning items, shovels, rakes and other supplies to many residents in need.

“It was a major catastrophic storm and many people are trapped in broken up and damaged infrastructure everywhere,” said Ethan Forhetz, the vice president of public engagement for Convoy of Hope, in an interview with The Christian Post. “It’s heartbreaking. … When you are part of Convoy of Hope efforts, oftentimes, you see people on the worst day of their lives, in a helpless and hopeless state. And you realize how important little things are, such as food and water.” 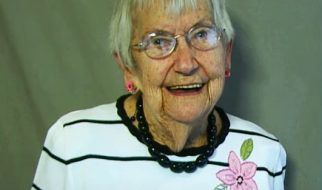 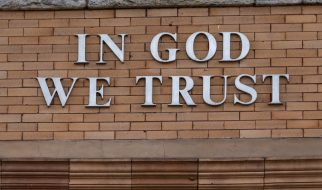