Airline setbacks and delays are all too common in this day in age when more people than ever seem to travel by plane. This is particularly true when it comes to the winter season and Christmas. Normally during this time jets should be doused with thousands of gallons of deicing fluids to help prevent any ice accumulation and maintain the plane’s aerodynamics to avoid any lethal accidents such as the terrible Air Florida flight that crashed into the Potomac River in Washington, DC right after lift-off in a 1982 blizzard.

However, when any de-iced plane takes off, the majority of the de-ice chemicals slide off from the surface of the airplane and end up contaminating the environment. This in turn ends up polluting lakes, streams, and even oceans.

Presently, there are teams trying to create a more proficient product that’s invulnerable to ice for such demanding industries, a group at the University of Illinois Chicago have created an alternative option to normal deicers that’s longer-lasting and more accommodating to the environment.

“Glycols dissolve very fast and get washed away before the plane takes off, and it’s a serious problem that costs hundreds of millions of dollars—most of which literally ends up in the drain,” said Sushant Anand, assistant professor of mechanical engineering. “We thought, why not improve such chemicals themselves, and make alternatives that can last longer while being more biofriendly. And that is what we ended up doing.”

They worked with phase change materials called anti-freezing gels due to having a melting point above the freezing point of water (32 Fahrenheit). This implies that under freezing temperatures the materials are in their solid state, another way to look at it is to compare it to butter, water, or chocolate. The anti-freezing gels are also transparent, which is crucial for applications such as runway lights that help pilots during their landings, traffic lights, the windows on buildings, or even car windshields.

Working alongside Ph.D, student Rukmava Chatterjee, the team was able to achieve their objective by creating 80 unique different anti-freezing coatings, which are classified as polymeric solutions, gels, or emulsions. The formulations can effortlessly be applied to flat surfaces such as aluminum, steel, copper, plastic, or glass without any pre coats or costly surface treatments.

“Our coatings are an all-in-one package which can delay formation of frost for extended hours, and simultaneously cause any ice formed on its surface to easily shed off by a gentle breeze or simple substrate tilting,” Chatterjee said.

The multifunctional coatings can help prevent the adhesion of ice (or microbes) on flat surfaces, independent of their intrinsic material make up and chemistry. This was designed by controlling how synthetic compounds drain from the material system and by creating a lubricating surface layer that is both non-freezing in nature and very slippery.

Catterjee told GNN that this idea came to him and his PhD advisor Prof. Anand back from 2016.

“It was February and I was flying out from Chicago to deliver a talk in an international conference on ice/frost protection technologies. Quite an irony! It was a frigid winter day and the flight was already delayed due to icing issues. As a plane full of frustrated passengers waited inside the aircraft for two hours, we watched the plane getting doused continuously with thousands of gallons to prepare it for a safe take-off. Later, I missed my next connecting flight due to this delay and had to drive overnight to the conference venue.”

“Since then we have been researching, formulating compositions & exhaustively testing them under real-life winter conditions to address this long standing issue. Being liquid, all these chemicals get easily dissolved away or sheared off, the moment the flight takes off. Our idea was to use certain materials which are solid when cold.”

“In our latest work we identified a family of these materials and encapsulated them in a polymer matrix. The objective being to preserve their native anti-icing property but to increase their lifetime,” he continued. “We prepared more than 80 such formulations in the form of sprayable solutions, emulsions, creams & gels. They can be easily sprayed or coated on any industrial surface (metal/ glass/ plastics) without the need for any special surface treatment.”

These gels are the best performing ones and have a critical advantage among the developed formulations. They’re easy to create, which requires only two components, they can be easily painted, sprayed, cured, or cover any surface, regardless of the shape. The best part is they are optically translucent even when under icy or frosting conditions.

For streamlined testing, the group coated a propeller blade to test the anti-freezing performance under sub-zero winter conditions. Additionally, they exposed the coatings to extremely high shear wind currents, recreating the conditions of a hurricane and tested their anti-frosting performance there on.

Still, many more exhaustive testing on actual planes in wind-turbines are needed to pass industrial modern assessment necessities prior to adopting them for live utilization. However, they promise huge improvements over many commercial solutions available in the market as of now. This is a great step towards flying safer, and will benefit all who fly, be it for pleasure or business. 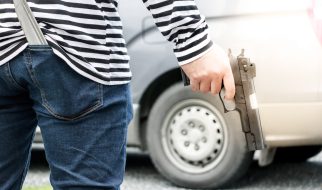 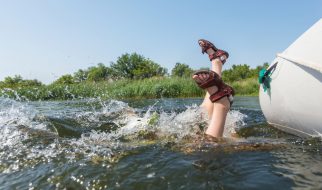