Redemption has always been a part of Brayden Morton’s philosophy. He believes the fundamental nature of mankind is basically good.

On June 18th, 2021, Brayden’s philosophy was put to the test when his beloved dog, Darla, was stolen from his gated backyard while he was at home, working from his office just a few yards away. Suddenly, Morton heard a commotion from the backyard, along with the clanging sound of his gate being flung open.

Within a matter of seconds, Morton dashed down the stairs in time to see a truck speeding off in a cloud of dust, with his beloved pooch Darla sitting inside.

Morton recalls the shattering incident as if it were yesterday. “I immediately started running after them. They were gone. I couldn’t believe what had just happened.”

Within minutes, Morton was on the phone with police describing what had just taken place. Local officials issue a news release concerning his lost dog, vowing to keep a lookout for the truck; but that wasn’t good enough for Morton. He knew he needed to get involved in the investigation if he was to ever find his dog.

He immediately turned to social media, sharing his story on Facebook. Morton, who lives in British Columbia, hoped to reach other residents within the close-knit town of Cranbrook, a city with a population of just over 20,000 people.

In a desperate Facebook post he wrote, “Please share and help me. A blue older model Ford truck just pulled up behind my house and took Darla.” The post also included a reward of about $4,000 to anyone who could return her home safely, or provide information regarding her whereabouts. He continued, “this is my dog and I love her. This isn’t stealing a bike out of my garage; this is much more serious.”

Within a day, the Facebook post generated over 30,000 hits. “I had something like 497 messages,” Morton said. “I was getting leads from all across the world. It was crazy.”

Unfortunately, none of the leads panned out, leaving Morton quite despondent. One day, he received a call from a young woman who was sobbing uncontrollably.

“She was just crying on the other end. She couldn’t even talk,” said Morton, who quickly sensed she had Darla. “I said to her, ‘Listen, I’ve messed up a lot in my life, and I’ve been forgiven for a lot of things I did. I’m not mad at you.”

Morton also promised not to call the police, and that he would also give her the reward money, totaling about $6,000.

The next day, the unidentified 20-year old woman met Morton and handed Darla over to him. “It was one of the most overwhelming feelings I’ve ever felt. I was elated,” he said.

The story doesn’t end here. Both Morton and this young woman share a tragic bond from their past.

“She is just a kid, and she was standing there bawling. I went and gave her a hug, and I said, ‘It’s all right’,” Morton recalled. Within minutes of talking to her, “I could tell that she was a fentanyl addict, like me.”

Drug addiction sabotaged Brayden Morton for years. He attempted to get clean of fentanyl 16 times before he was successful. So, when he found the person who stole his beloved dog, Darla, and discovered she was addicted to fentanyl, he knew what to do. https://t.co/U8wlvsafxv

Morton struggled with drug addiction since he was a teenager, but has been straight since May 19th, 2015.

“I was in out and of treatment 16 times. I was the hopeless addict who was never supposed to get better,” Morton said. After a near-death experience, he finally pledged to get clean.

“Going to treatment was the scariest thing I’ve ever done in my life, but it’s also the most enlightening experience I’ve ever had,” Morton said.

After he shared his life story, the woman admitted she had been living on the streets prostituting herself to fund her drug addiction. She wanted to get help, he said, but she was terrified.

Morton assured the woman he could help her. In 2018, he became a clinical drug and alcohol interventionist so he could help other addicts get sober.

After about a half hour, Morton convinced the woman to seek help. He knew that if he gave her the reward money now, she would in all probability buy drugs. “I know if I give you this money, I’m going to hear about you dead in the next day or two. I’m going to take this money, and I’m going use it to pay for you to go to treatment. I’m going to give you the opportunity to help yourself,” he told her.

She accepted his offer and they traded phone numbers. Morton called Susan Hogarth, the executive director of Westminster House Society, a nonprofit organization and addiction recovery program for women and girls, in the hope that he could secure a spot for the young woman.

“He contacted me and asked me if I would be willing to take her into residential treatment,” Hogarth said. “I immediately agreed.”

“One day, I hope she looks back on this story and it motivates her to help somebody else,” Morton said. “We need to advocate for each other.” 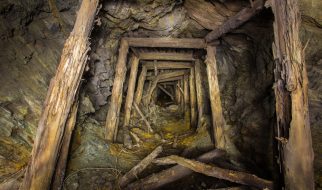 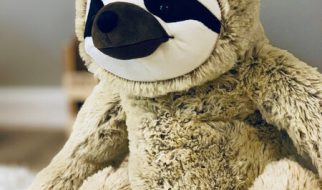 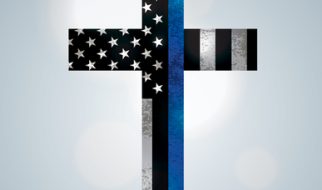