Those inspirational words, and others like it, fuel the soul of the long distance runner. Competing against the elements and themselves, they run to achieve their own “personal best,” hoping to perhaps shave a fraction of a second off their last race.  They run with muscle strains and aching calves, pushing themselves to the finish line.

Nebraska Teen, Brandon Schutt, had been looking forward to his final cross country race before graduating high school. The Bellevue East high school senior knew he had to run a decent race, to hopefully qualify for the upcoming state meet.

Even though he realized it was a long shot, he was determined to finish the race with a respectable enough time to qualify, regardless of the muscle strain he had suffered during his last outing.

Brandon Schutt is a high school runner in Nebraska.

When he noticed another runner collapse, he didn't think twice.

He gave up three spots to run over, help him up, and support him to the finish line.

However, about a mile into the 3.1 mile race, Schutt began to feel that all too familiar dull throbbing ache, followed by a sharp pain behind the knee that immediately forced him to stop.  Rubbing the back of his knee, Schutt quickly realized he wasn’t going to qualify.  His only goal now was to finish the race.

Rather than risk further injury, he decided to jog at a more comfortable pace.  Although he was disappointed, he decided to, nevertheless, enjoy his last race before graduating high school.

Pushing himself to the limit, Cerveny began faltering with less then 400 meters to go.  Seconds later he crumbled to the ground.

Determined to finish, Cerveny willed himself up from the ground.  Grimacing in pain, he took a few steps more and again, fell to the ground. However, his will to continue prevailed and he once again rose from the ground, only to fall again moments later.

Hobbling and in excruciating pain, Cerveny completed another 150 meters before crumbling again to the ground. Pulling himself up he staggered another 25 meters before he fell again.

Concerned, his dad and his coach asked Cerveny if he wanted to stop. He didn’t. The young runner, with his last ounce of strength once again willed himself up, refusing to give up and moved forward, like a staggering prizefighter determined not to go down.  However, it wasn’t enough.

The young lad, with just 100 meters left to go to the finish line, fell hard into a heap, unable to move.  The will to go on quickly faded from his body.

However, before Cerveny’s dad could reach his exhausted son, runner Brandon Schutt was already at Creveny’s side whispering in his ear, encouraging him to get up.

Both runners huddled for what seemed like an eternity, and then Schutt reached for Cerveny arm gently pulling him up.  Unable to steady himself Cerveny fell back to the ground.  Moments later, a second tug by Schutt pulled Cerveny to his feet.

Holding tightly onto Schutt, Cerveny was able to maintain his balance, as both runners slowly jogged the final few meters to the finish line.

Jay Slagle, the citizen journalist who first broke the story on his blog, PrepRunningNerd.com told GNN.

“I saw Blake zig-zagging with 100 meters to go, a classic sign that his legs were about to give. As I kept my camera trained on him, I saw Brandon come into the picture. I began whispering, ‘No, no, no,’ to myself, because at the time, I didn’t know the Good Samaritan rule had been changed.”

Adding; “This is the first time I’ve ever seen an athlete stop his race and work so hard to help his fellow competitor across the finish line,” he added. “Perhaps more impressively, Brandon had virtually no time to think about whether he should help or not; he reacted so quickly that he did it instinctively.” 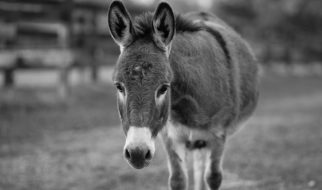 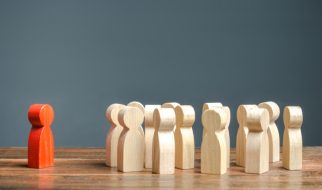