The name Jesus is a household commodity among many families and people across America, and around the world. Even more than that, His name is powerful, it makes the enemies flee, it protects us, provides for us, and so much more, particularly among Christians.

When Christians assemble, be it at church, gatherings, before a meal, or anytime throughout the day, they pay regard to the name and sing tunes or hymns that please the Lord. This is what we call worship, and it comes in many types of ways – it is not a simple bowing up and down as movies or the media like to show. It’s in our tithes, our singing, our dancing, the way we live, spread the glad tidings, and so much more.

We know these things because the Bible says as much, and the Holy Spirit guides us. Many scriptures show this, but a simple one is Psalm 96 1:4 reading “Sing to the LORD a new song; sing to the LORD, all the earth. Sing to the LORD, praise his name; proclaim his salvation day after day. Declare his glory among the nations, his marvelous deeds among all peoples. For great is the LORD and most worthy of praise; he is to be feared above all gods.”

Here is why #Jesus is trending…

Gospel minister, Nathaniel Bassey started the trend "#Jesus" and urged his followers to do the same on their social media timelines. His post reads in part "…Let the world ask what is going on. and we’ll tell them – Jesus is going on!" pic.twitter.com/aXhMZDA1fo

Even more than that, people show their faith sometimes by placing signs or stickers on boards, entryways, vehicles, and other vantage focuses. With the name of Jesus scattered throughout the globe everywhere, any reasonable (worldly) person would agree that he wants no further exposure and referencing.

Notwithstanding, over the last 24 hours, there seems to have been a shift, and momentum has quickly begun trumpeting the name of Jesus across social media. The name is trending on popular platforms such as Facebook, TikTok, WhatsApp, and Twitter, among others. The trend sees many individuals posting the name Jesus in red lettering in front of a plain white background. What’s more, is that it wasn’t your everyday Bible thumpers posting it, it wasn’t limited to preachers or Christians alone. There were government officials, scholastics, famous individuals, writers and performers, and more worldly people who have also taken part in the trend.

The people who have joined this fleeting trend didn’t passively post the name of Jesus either. There were multitudes of them that told stories of how Jesus saved them or influenced them. Giving thanks to The One True God, but what set this trend off? A dive into the beginning of the viral development uncovered that everything began with a tweet from a music creator, Nathaniel Bassey.

On Monday, he put out a tweet saying “Can we make this picture our profile picture and tweet at 12 noon? Let’s release this precious ointment over our land and nation. JESUS…thy good ointments thy name is as ointment poured forth…” Songs of Solomon 1:3

The award-winning gospel performer’s tweet was thus hailed by a very large number of people on social media, who have taken this tweet and run with it.

This is quite remarkable to see God moving in these days. He can use one tiny moment to spark an uproar of people. Some of which will help to influence others who may not be in Christ, thus leading them to be saved. 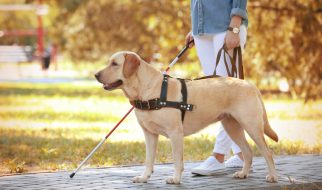